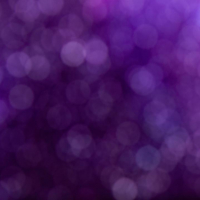 The Cochrane Collaboration’s Governing Board of Trustees voted unanimously on 25th September to terminate Professor Peter Gøtzsche’s membership of the organization, and his present position as a Member of the Governing Board and Director of the Nordic Cochrane Centre.

Cochrane is a collaboration: an organization founded on shared values and an ability to work effectively, considerately and collaboratively. The Governing Board’s decision was based on an ongoing, consistent pattern of disruptive and inappropriate behaviours by Professor Gøtzsche, taking place over a number of years, which undermined this culture and were detrimental to the charity’s work, reputation and members.

Professor Gøtzsche has also repeatedly represented his personal views as those of Cochrane, including in correspondence with members of the academic community; in the media; and when acting as an expert witness for a criminal trial. Cochrane’s strength and independence rests on our ability to engage in frank, open and transparent debate about health evidence and Professor Gøtzsche, like every other Cochrane member, has the right to express his views. However, as a leader of Cochrane – a Director of a Cochrane Centre and a trustee of the charity – he had a special duty of care to the organization about the way his views were expressed; particularly those made in a personal capacity. Despite numerous attempts to engage with him on this topic and warnings about his behaviour, he consistently failed to exercise this care. This has resulted in multiple complaints to the charity and damaged its credibility within the research community.

The decision has not been taken lightly and the process has included full Governing Board consideration of an independent legal review of the relevant facts. Professor Gøtzsche has been given a number of opportunities to make representations and to put forward his perspective on events, both as part of the independent review and subsequently.

The final decision follows an initial Governing Board meeting on 13th September 2018. At this meeting:

Professor Gøtzsche was then given the opportunity to provide further representations to the Governing Board, in accordance with the established procedure, which were considered fully by the Board on 25th September before a final decision was made.

In making its decision, the Governing Board has also taken into consideration events since the independent review began: in particular, a series of public statements by Professor Gøtzsche which have breached his obligations of confidentiality as a trustee and continued the pattern of behaviours which led to the Board’s initial decision.

We are committed to the highest standards of governance and to ensuring that Cochrane is a welcoming, open, dynamic organization, that lives up to its values, and has a working culture which attracts the best researchers, clinicians and others interested in healthcare evidence. We continue to lead and support the organization to deliver our Strategy to 2020, which aims to put Cochrane evidence at the heart of health decision-making all over the world.