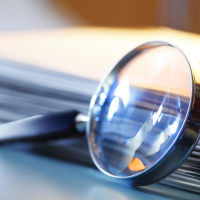 In this short interview, our PhD student Camilla Hansen Nejstgaard, who is also based at the Centre for Evidence-Based Medicine Odense (CEBMO) at the University of Southern Denmark tells us about how conflicts of interest may impact on recommendations of drugs and medical devices. She is the lead author of a recently published Cochrane Methodology review on this topic. 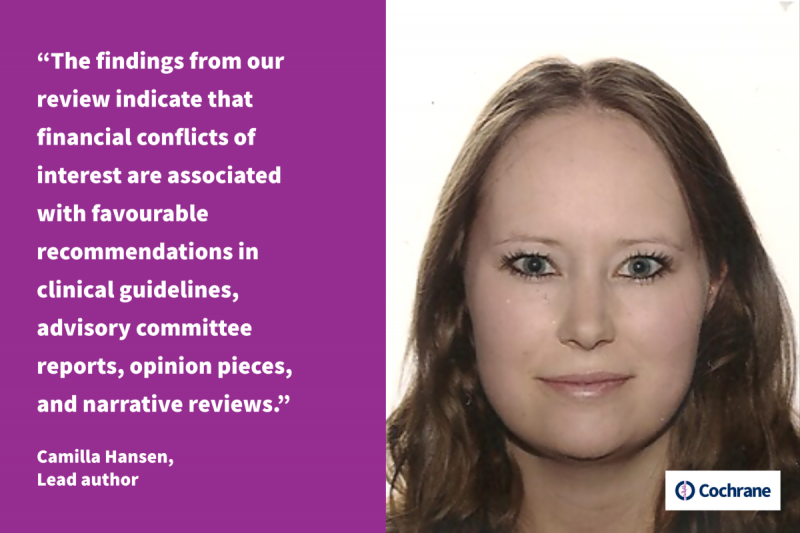 What should patients, doctors and healthcare decision makers take from this evidence?
Based on our findings, we suggest that patients, doctors, and healthcare decision makers primarily use clinical guidelines, opinion pieces, and narrative reviews that have been written by authors without financial conflicts of interest. If that is not possible, users should read and interpret the publications with caution. Furthermore, our findings suggest that if committee members, for example at a regulatory drug agency, are asked to vote on the recommendation of a drug approval, they may be more likely to vote in favour of approving the drug when they have financial conflicts of interest.

Why is this review important?
Recommendations in clinical guidelines, opinion pieces, and narrative reviews as well as decisions about which interventions are approved by advisory committees have substantial impact on the interventions offered to patients. It is therefore essential that such recommendations are evidence-based and as little influenced by conflicts of interest as possible. If not, we may end up wasting resources on treatments that do not actually work, or even harming patients.

The Cochrane review was also co-published in the BMJ. See the BMJ version here.